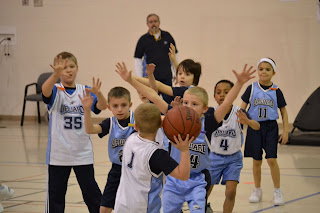 I've been so bad about blogging lately -- sorry:( Joshua has continued with his Upwards BB games -- it is quite amazing how much they learn in the first year! 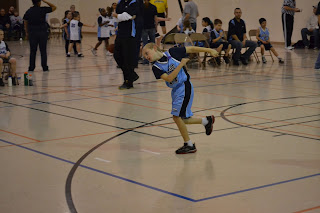 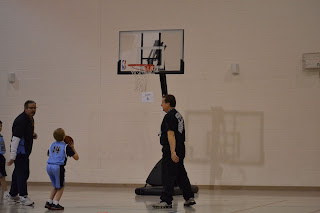 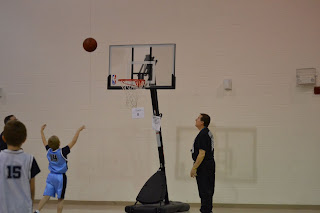 Ladies and Gentlemen -- it was his first basket! Way to go bud! And did we all get to experience it together? Nope . . . Daddy was assisting Tyler in a false alarm trip to the potty. Bummer. 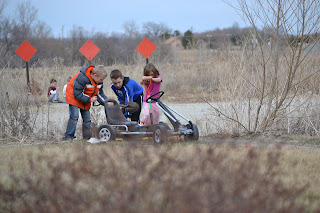 The end of our sidewalk has been quite the gathering spot lately for the kids -- especially when the weather was more mild. 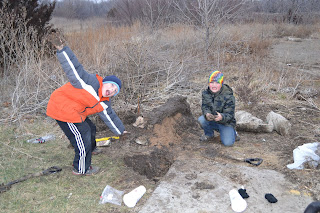 At some point, one of them got the idea to start digging. For what? who knows:) (7-year old boys!) But there was much excitement every day at the afternoon bus stop for what the digging expedition of the day might bring! Now that it's actually cold here, all digging operations have been suspended. 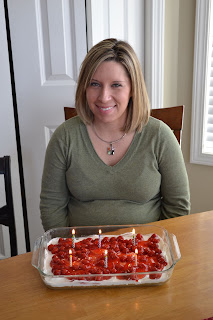 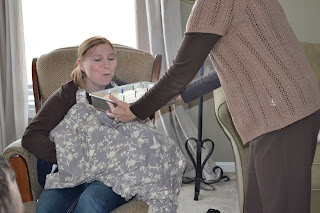 We also celebrated Carly's b-day . . . what a fine multi-tasking mama she has become in 6 short weeks. Feeding your baby . . . blowing our birthday candles . . . super woman! 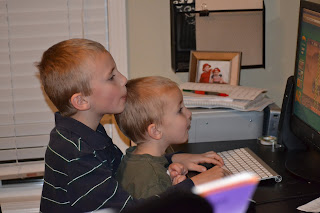 A little computer time together -- can't tell . . . are they related? 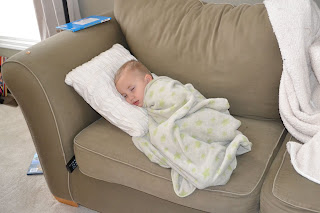 Last week, Tyler abruptly woke up from his nap screaming. It was very odd. I brought him downstairs, snuggled, and then laid him back down on the couch to finish his nap . . .precious. 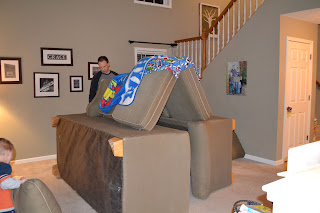 Daddy's fort building skills are much more superior than mine! 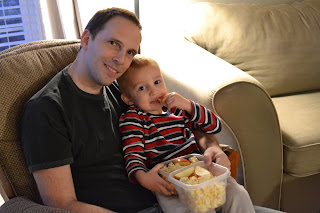 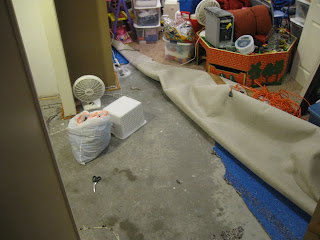 Speaking of lovin' it (or not, really!) . . . last month on a Saturday night at around midnight, Bryan went down to the basement to turn off a light before going to bed -- which was WAY later than we should have been up, anyway. When he put his foot on the bottom floor, there was A LOT of water on the floor. Like . . not damp, but sopping, wet carpet. 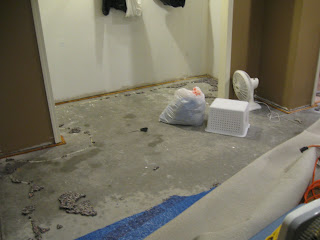 Not the best timing since he's up early on Sun. am, but what are ya gonna do? We removed trim, sucked up as much water as possible with the steam cleaner, pulled up carpet, cut away any damp padding underneath, propped up the wet carpet, and set up a zillion fans and de-humidifiers. 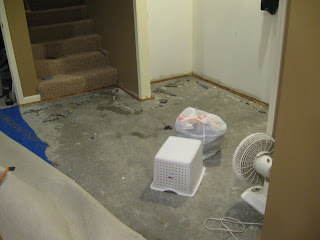 Tons of things to be thankful for . . . the storage closet only had rubbermaid storage bins in it . . . so nothing got ruined in the closet. The other floor space that got wet and NO toys/stuff/junk there -- it could have been much worse.
We determined that an outside water spicket had been left on for . . . um . . . more than a couple of days. The water just ran right down the foundation of the house for . . . um . . . a while with the sump pump in the directly opposite corner of the house. Hence the water seepage in the basement. 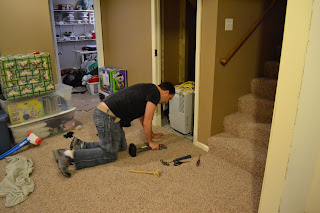 So, we bought some replacement pad, glued that stuff down, and we learned that there is indeed (according to KS Rental) an official piece of equipment called a "Knee Kicker." 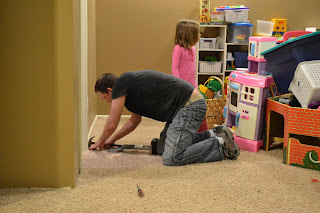 The $11 rental of the Knee Kicker was well-worth it and Bryan did a great job getting the carpet back where it needed to be. Who knew you could learn so much from You Tube, right????
Posted by The Nelson's at 10:34 PM 1 comment: